“The prime minister’s willingness to ride roughshod over our democracy may not stop at suspending Parliament. Boris Johnson may go deeper into heart of darkness in his desperation to drag us out of the EU on October 31 ‘do or die’”, writes the journalist, entrepreneur, and Anti-Brexit campaigner Hugo Dixon, Chair of InFacts and Deputy Chair of the People’s Vote campaign. In the article, published on 1rst September on InFacts, he lists six points on how to stop “Johnson’s devilish plans to gag democracy”.

The prime minister claims it would be “anti-democratic” to delay Brexit and have a new referendum. What nonsense. So much has changed since 2016 that it would be undemocratic to quit the EU without checking that the people really want the no-deal crash out Brexit Johnson is now offering.

It would be even worse to use the sort of devious tactics Johnson may now be contemplating to prevent Parliament having its say at this critical time. We live in a parliamentary democracy not a presidential system. The more Johnson seeks to gag MPs, the more he corrupts our constitution.
Suspending Parliament for five critical weeks is bad enough. But MPs still have a way of fighting back. They still have a week now to stop Johnson by passing emergency legislation or conceivably kicking him out of office. They also have two more weeks from October 14 before we crash out on October 31 to try to foil his plots. That’s barely enough to rein him in – but it should just do the trick.

Some of the new tactics being briefed by Downing Street – a few of which Johnson refused to rule out himself in his interview with the Sunday Times – could neuter parliament. Below we consider them.

Flood House of Lords with pro-Brexit peers
MPs are planning to pass a law requiring Johnson to ask the EU to delay Brexit. If they agree, the House of Lords will almost certainly agree. Johnson could only avoid this by advising the Queen to create hundreds of new pro-Brexit peers.
The last time anything remotely like this happened was in 1911 when the House of Commons wanted to rein in the House of Lords, but peers refused. The government then threatened to flood the House of Lords with supporters and peers backed down so it didn’t need to carry out its threat.
But this is a misleading precedent. It was only necessary to make this threat because the unelected House of Lords was seeking to block the will of MPs. If Johnson did something similar today, he would be seeking to overturn the will of the Commons not uphold it. The Queen would be extremely unwise to agree if Johnson made this request. She would be conniving in an anti-democratic manoeuvre.

Advise Queen not to give new law Royal Assent
If both Houses of Parliament pass a Bill, it still needs Royal Assent before it can become law. Johnson could advise the Queen not to sign it. If she agreed, she would be conspiring in a coup.

Disobey or sabotage new law
Johnson might also seek to sabotage any law telling him to ask the EU to delay Brexit – or even ignore it. One idea is he could ask an ally such as Hungary’s Victor Orban to veto the request for extra time. Since the decision has to be unanimous, there would be no extension. This is one of the few circumstances where it would be reasonable for Parliament to cancel Brexit by revoking Article 50 without first asking the people.
If Johnson just refused to follow the law, MPs and others could bring a lawsuit against him. The Queen should use then her reserve powers to dismiss him from office. It would be wrong to have as prime minister somebody who had just deliberately broken a law passed by Parliament.

Further suspension
If Johnson is worried that MPs might stop him when the “prorogation” ends on October 14, he could ask the Queen to suspend Parliament for longer – say until November 1. By then, we’d already have crashed out. If the prime minster were to suggest such a thing, the Queen should refuse. Otherwise, she will be accused of conspiring in a coup.

Refuse to resign
If MPs vote against Johnson in a vote of no confidence, he doesn’t have to resign unless it’s clear that somebody else can form a government. But how will MPs be able to show that they can back another prime minister if Parliament has been suspended? It’s possible to imagine various ways they could do this. But Johnson might then refuse to quit Downing Street and run down the clock until October 31. If he tries to do this, the Queen should sack him. Failing to do so would again amount to conspiring in a coup.

Call an election
Another idea is that Johnson could see the writing on the wall when MPs are about to pass a law forcing him to ask for extra time and call an election. He could only do this if Jeremy Corbyn agreed because two-thirds of MPs are needed to call a snap election. In order to win over the Labour leader, he could offer to hold the election on October 17.

Corbyn shouldn’t fall for such a ploy. Johnson is playing fast and loose with the constitution and can’t be trusted. Even if an election was held on October 17, it would be up to Johnson to advise the Queen when it should return – and it could be delayed until the end of October or even November. Unless Labour got an overall majority, which nobody thinks is remotely likely, Johnson wouldn’t be compelled to resign. He could just hang on until Parliament returned and by then we would have crashed out.

If Johnson tries such a ploy, Corbyn should say he doesn’t trust the prime minister and that it is first necessary to delay Brexit. Only then should they talk about an election. There’s a further advantage in playing things this way. Johnson could only get MPs’ approval for an early election if he advised the Queen to cancel prorogation.

These are very difficult moments for our democracy. But we can foil Johnson’s devilish plans. It’s not just the MPs who have to keep their discipline and fight him. The general public must do so too – by engaging in nonviolent protest. MPs and the people fighting shoulder to shoulder can stop the madness.”

The articles first appeared on InFacts on 1rst September, 2019, which is to be found here. 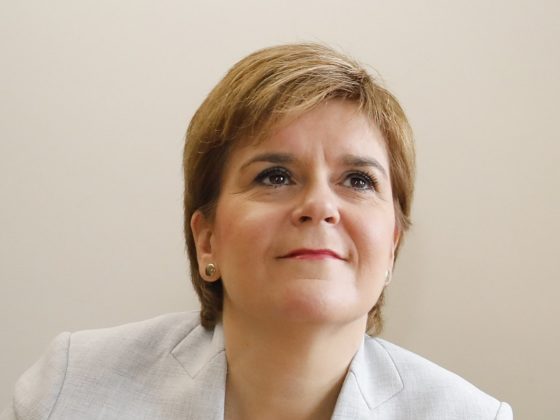 „The European Elections will require a resounding plebiscite to compel national parties to take a stand on the European model they want and to ignite debates on this model on the political stage.“