“Instead of further weakening the EU, we should strengthen it and initiate ideas and measures to make Europe fit for the future”, writes Kasper Rorsted, CEO Adidas, in his essay to our article series “Europe can do better. How our continent finds new strength. A wake-up call from economy” which was initiated by Handelsblatt and United Europe: “It is time to move the single European market on into the digital age. Digitalization is a great opportunity for Europe. As one of the megatrends of our time, it promotes the cross-border exchange between our countries and citizens and brings us all closer together across Europe.”

Europe and adidas have one thing in common: diversity. Anyone who walks through our headquarters in Herzogenaurach will hear a multitude of languages. In my eyes, that is a great achievement. The exchange of different languages, cultures and perspectives enriches us. The same applies to the European Union: Far too rarely do we Europeans keep in mind how special it is to live on such a diverse and at the same time peaceful continent.

Sharing experiences offers great potential, which is further enhanced by digital networking. We complement each other and learn from each other. That is our strength. In times when protectionism is challenging the very foundations of world order, we as Europeans need to take action – together. It should be the goal of us all to ensure that Europe continues to remain a union of independent states that pool their strengths and assert themselves in the world as one, based on their experience and their achievements. Europe stands for clear values and offers people peace, freedom, prosperity and participation – for all.

For me, the European internal market is one of the EU’s greatest achievements, alongside peaceful coexistence. It was created to give us easy access to an incredible range of products and services. As the world’s largest single market, the EU accounts for a third of world trade. We can be proud of that, and we should build on it. For me, therefore, Brexit is the worst economic decision taken in the last 30 years. There can be no doubt that the economy and consumers, as well as businesses in Britain and the EU, will suffer.

Nevertheless, we must now look to the future. Instead of further weakening the EU, we should strengthen it and initiate ideas and measures to make Europe fit for the future. It is time to move the single European market on into the digital age. Digitalization is a great opportunity for Europe. As one of the megatrends of our time, it promotes the cross-border exchange between our countries and citizens and brings us all closer together across Europe. At the same time, it is the lever to remain competitive on the international stage. The creation of a digital internal European market is a prerequisite for Europe to play in the premier league.

Without a doubt, digital transformation presents us with challenges. Not just for individual companies, but for every country, and for Europe as a whole. Overall, digitalization is progressing in the EU, but it is still not enough to catch up with the world’s best. But what is needed for this digital internal market? To meet the challenges, we need a Europe-wide digital infrastructure, as the foundation for innovation and competitiveness. This includes both the rapid roll-out of the pan-European broadband network and the provision of additional frequencies and fiber-optic network for 5G. In my view, speed plays a key role here. Our benchmark cannot be to achieve a faster Internet only in 2025. We need to move much more swiftly.

Let’s take a look at Germany as an example: Although digitalization has been at the top of the agenda since 2005, processes are being digitalized only hesitantly. You can’t even drive from Munich to Nuremberg and talk on the phone without running into a dead zone. I also see potential in particular in the digitalization of small and medium-sized companies, as well as in administration. We must pull down bureaucratic barriers, create competence centers and, above all, offer further training.

On the topic of training: We must challenge the system. Are we setting the right priorities for investments into our future? In a world where knowledge is accessible at any time, learning is different than it was 50 years ago. Technical progress demands new skills from us. How can we still be discussing whether or not we should be making our schools better digitally equipped? That is an absolute necessity if we want to prepare our children for tomorrow’s challenges. Why are many of our best people attracted to Silicon Valley? Because there is a better developed culture of innovation there. A culture that sees collaboration as a success factor instead of focusing on competition. We in Europe can learn from this mindset.

We have very good research facilities in Europe. Nevertheless, not a single European company reaches the stock market values of US companies such as Apple and Amazon. The reality is that, although we train outstanding researchers in Europe, we are not yet in a position to win research for the market and implement the results accordingly. Due to a disparate structure, we cannot make sufficient use of the huge amount of data generated by research. That is a disadvantage. European cloud initiatives could help to make better use of big data across Europe.
Digitalization is changing all industries. It is not just an industry, but a phenomenon that is permeating the entire economy and society. This development will change the entire value chain – from production through to distribution.

This offers tremendous opportunities for companies – including adidas. We are driving digital transformation across the entire organization – as a team. Our products are increasingly being digitally designed and sold. Today, we communicate with consumers primarily online. In our SPEEDFACTORIES, we are implementing data analysis and digital production processes in order to produce footwear in the shortest possible time. In a few years, we will be able to print fully customized shoes for athletes in our stores. Therefore, we are constantly investing in our digital infrastructure and looking for talent with this expertise around the world. This is the only way we can shape the future of sport together.

The same applies to Europe: We need initiatives and innovations that drive digitalization forward, economically, socially and politically. Of course, innovations always bring uncertainty, too. They are demanding, and they disrupt the status quo. But if we do not venture beyond our own borders, we will be left behind. That is why I say: Europe is and will remain a model for success. We just need to be bolder. Then together, as one united Europe, we will be able to find the best solution – for research and industry, and also for our daily lives together.

About Kasper Rorsted:
Kasper Rorsted has been CEO of adidas AG since 2016. Born in Denmark, Kasper Rorsted studied Business Economics in Copenhagen and began his professional career with American IT companies such as Oracle, Compaq and Hewlett-Packard. In 2005, Kasper Rorsted joined Henkel, where he was CEO from 2008 to 2016. Kasper Rorsted is an avid athlete and a passionate fan of FC Bayern Munich. He is married and has four children. 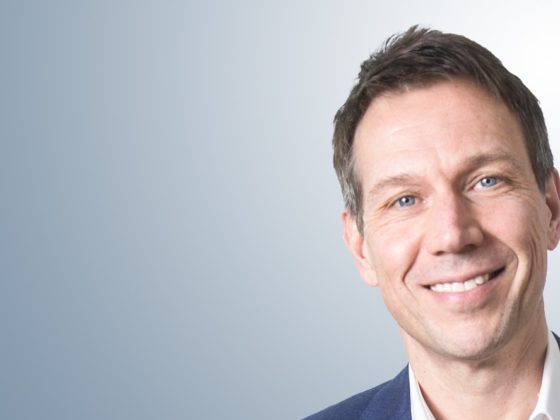 René Obermann: Europe must assert itself 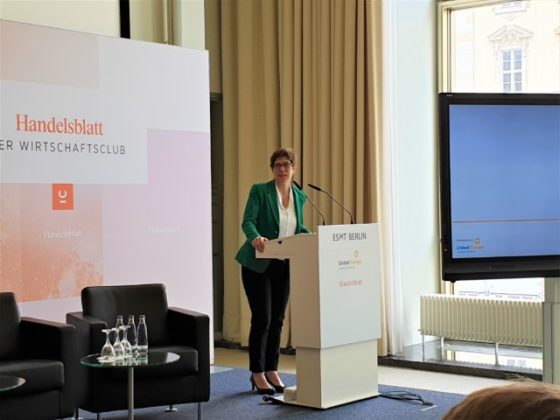