“The European Union is a grand peace project without parallel. And I believe it actually speaks for Europe that the argument “peace” is no longer a strong one for younger generations”, writes Dr Dieter Zetsche, CEO of Daimler AG, in our article series “Europe can do better. How our continent finds new strength. A wake-up call from economy“, initiated by Handelsblatt and United Europe: “I am also convinced that we do not need to evoke fear of the past to turn younger Europeans into committed Europeans. For that there is an even better argument: the desire for a bright future. A wealth of new possibilities lies before us. If we are to exploit these opportunities we will need even greater openness and even greater unity. These are my two wishes for Europe.”

I. Openness
If there is one thing we have learned from the IT sector in recent years, it is that open systems tend to be more successful than closed ones. This is as true for Daimler and the EU as it is for Windows and Android. Openness is crucial to our successful future.

This is above all a question of attitude. Instead of lamenting why something is impossible, unlikely, or unaffordable, we should make more space for bold new ideas. Admittedly, that is easier said than done. Those who are familiar with the structures of large companies will know that many have entire departments to deal with avoiding risk – not taking it. And for good reason. After all, it’s about securing hundreds of thousands of jobs. But if we get stuck minimizing risks, we tend to oversee the biggest risk of all: stagnation.

Companies and entire economies make the biggest mistakes during phases in which things are going well. In the face of secure profits or high tax revenues it is easy to say: “Our success proves us right. We’ll just continue along the same lines.” If Carl Benz and Gottlieb Daimler had thought this way 130 years ago, they would have optimised the horse instead of inventing the automobile. And we probably would not have started sharing cars and just kept selling them – to give an example from more recent history at Daimler.

Similarly, the EU is not a project that can simply be taken for granted once successfully united. If we don’t stick up for the future of the EU we will be leaving the field to the Eurosceptics without a fight. So, how can we establish more openness and a greater desire for a brighter future in a united Europe?

In recent years the pace of innovation has risen steadily. Still, truly ground-breaking, disruptive innovations are rare – even in this digital age. That makes it all the more important to create the right climate in Europe. A climate that gives the benefit of the doubt to supposedly “immature innovations,” rather than debating about immature regulations. At Daimler we have put our entire corporate culture to the test in recent years and initiated the greatest change in our history. This process is far from over. However, we have already brought greater openness into our work in many areas – with shorter lines of decision-making, more creative leeway and a greater willingness to take risks.

In both cases change calls for staying power. Of course, Daimler cannot be compared to the EU. But we also need to demonstrate perseverance in pursuing major projects. Take electric mobility as an example: To achieve the German government’s declared goal of having one-million electric cars on German roads by 2020 we will have to increase the current number of registrations for new electric cars more than ten-fold. It would be easy to capitulate here. Instead, we at Daimler are confronting the challenge head-on: In the coming years we will invest more than 10-billion euros in our electric fleet, plus a further billion in our battery factories. And we have secured future access to battery cells in the sum of 20-billion euros. We will have our entire passenger car portfolio electrified by 2022. At the same time we are also electrifying our vans, trucks and buses.
Our aim in all these endeavours is clear: the automobile was invented here in Europe – and we want its re-invention to be driven forward from here, too. The commitment is there, as more is invested in the research and development of new vehicles in Europe than anywhere else in the world. For these high investments to become major innovations, however, it will take more than openness to new ideas. It will also take unity to successfully tackle them. And that brings me to my second wish.

II. Unity
In a speech on the state of the European Union last year, Jean-Claude Juncker said:
“If you love your country, you must love Europe”.

This may sound like a lot of pathos. But it actually boils down to simple mathematics. About 7.3 billion people inhabit the earth. 81 million of them live in Germany – a tiny fraction. According to UN estimates the world’s population is set to grow by 78 million every year up to 2020. Or, to put it another way, nearly one more Germany each year. This makes the European Union all the more important, as it lends us markedly more weight at the negotiating table. In order to assert our interests on the global stage, we must act with a common purpose as Europeans, and not as Poles, Italians or Germans.

At the same time, it is clear that a strong Europe does not mean all problems can or should be solved in Brussels. On the contrary: More subsidiarity can make the EU even more attractive and beneficial. It is not more rules and regulations that we need, but more cohesion on major issues.
In the business world we too are increasingly relying on large-scale cooperation for major innovations. To cite just one current example: Daimler was already number one in Europe in the field of mobility services. So, we could have just sat back and relaxed. But in the face of global competition this would have been the greatest mistake we could have made. We aim to offer our customers a genuine European counterweight to market players such as Didi or Uber. To this end, we have joined forces in the area of mobility services with one of our oldest and toughest rivals – BMW. Together we create an even better product offering for our customers.

And this is just one of many current examples. We are cooperating along similar lines with Bosch in the field of autonomous driving and with Ionity in developing a nationwide electric charging infrastructure. And I am convinced that this applies to Europe as a whole. We need more unity and cooperation.

And yet all over Europe more people are pining for the days of old Europe again. According to a current Bertelsmann study, two-thirds of Europeans believe the world was a better place in the past. The influx of refugees, the lingering euro crisis and terrorism have unsettled many. I can understand it’s tempting to get supposedly simple answers to complex questions – such as those offered by populist parties all over Europe and to lure voters with slogans of closed-door policies.
We probably all know people who long for the so-called “good old days.” But the fact of the matter is this: The “everything used to be better” argument is nonsense. Today, more people are employed in Europe than ever before, crime is decreasing and – believe it or not – working hours per capita are also declining. In other words: the “good old days” are here and now – and things just keep getting better.

Leaving all statistics aside, a glance at our value chain shows how much we all benefit from a united Europe. Nowadays, it is very rare for a product to be created in isolation in a single country. As such, it is a simple fact that you cannot close off an economy without shutting it down. Anyone promising anything else to voters is either mistaken or lying – both of which provide a bad basis for good politics.

The particularly difficult situation around Brexit has shown how closely interwoven the member states of the EU are. That is why leaving this group is proving to be such a drawn-out and painful process. I remain firmly convinced that all major issues can only be resolved at a European level – from fiscal policy through climate protection to migration. That is why the European parliamentary elections are so important. In times of global trade conflicts, Europe needs dependable politics embedded in mainstream society.

All the more so, when nationalistic tendencies flare up in member states. While EU supporters are required to explain the benefits of membership at great length, Eurosceptics appear to get away with simply appealing to national pride. I will not presume to pass judgement on political positions, but I would note that a look at the manifestos of some of the parties opposed to the EU reveal a rather outlandish idea of how international business works.

What is at stake for the European economy is shown by the following facts about the European automotive industry: Around six-million “Made in Europe” vehicles are exported annually. More than 13-million jobs in Europe directly or indirectly rely on the automotive sector. In Western Europe alone the automotive industry generates annual tax revenue in excess of 400-billion euros. These big numbers communicate a clear message: The auto industry’s contribution to employment and prosperity in Europe is far from negligible. And it is not just this key sector that benefits enormously from a united Europe – from the avoidance of transaction and hedging costs through the common currency, to easier and faster internal trade to mobile and highly trained professionals.

Of course, the EU is not flawless. But I am absolutely convinced it is the best thing that could have happened to us in Europe. This year we in Germany are celebrating 70 years of our constitution and 30 years of German unity. I believe it should also be the year in which we move closer together again in Europe. We all have nothing to gain if we fall back into national egoism.
It is not yet clear how Europe intends to position itself for the coming years and decades. Let us unite in ensuring that tomorrow’s Europe will be an open Europe. 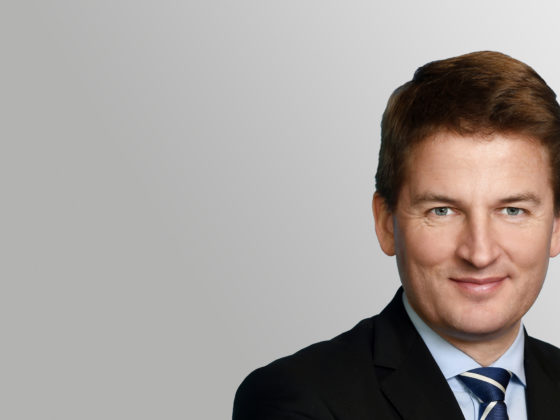 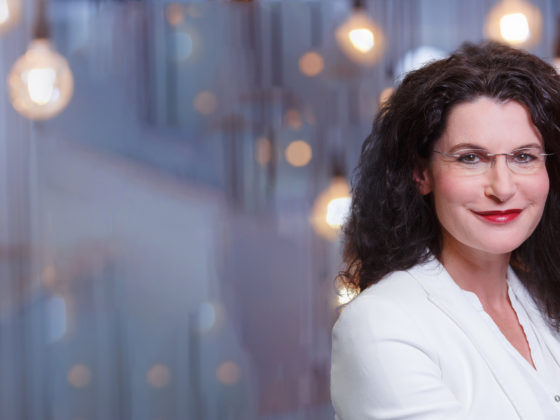 Tina Müller: #ForwardEurope: A European path to the future