The EU has lately been challenged on every front – from Grexit to Brexit to terrorist attacks and refugees. With public opinion dominated by the voices of the angriest, most fearful and loudest of citizens, it’s no surprise that political tensions are climbing and populist movements are gaining momentum. It’s become increasingly evident that Europe’s structural challenges extend well beyond financial considerations to a much more fundamental social dimension.

In general, it’s no surprise that populist movements are on the rise. Countries suffering from structural issues and elevated unemployment are natural candidates for extreme politics. But this happened in Poland, too, with the populist Law and Justice party winning power in October 2015 after eight years in opposition.

Poland was a poster child of economic post-communist success with its EU membership being an essential ingredient to that success. During 2008-09, Poland was the only EU member to experience economic growth. And yet, even Poland is now run by a eurosceptic party with protectionist tendencies. What’s going on?

We like to think that policy and voting are based on rational choices – but they really aren’t. The behavioral aspects of decision making have long been acknowledged (and embraced) by marketing specialists, political strategists and economists alike.

Recent European experiences really highlight the need to take these aspects into consideration when analysing European events, too. Currently, Europeans are becoming increasingly hesitant and introverted. It’s rather clear that people don’t want to push forward with integration in the union. At the same time, they perceive going backward as too expensive or risky.

This leaves us at an involuntary standstill – which is then again clearly unsustainable as shown by the constant tensions over ECB monetary policy. The risk in the current political climate is that the way out of our impasse will be based excessively on emotion rather than reason. To mitigate these risks, we need to confront the ways in which psychology is driving politics.

Firstly, we need to accept and consider the fact that people are afraid. Few forces are as powerful as fear – and in history, fear has often caused political upheavals. Fear stems from societal change, unemployment and increasing social unrest. The problem that we are now facing as a society is that fear inherently prompts retreat, as well as short-sighted and protective responses. Basic neuroscience tells us that when fear is activated, innovation and risk-taking are turned off. Our survival instincts are activated and we turn inward – by default.

Another psychological driver of intra-European tension comes from our human inclination to distrust. We distrust strangers and exhibit strong tribal instincts – making it easier to trust those who appear similar to ourselves (by shared language, history or culture). Partly, this is justified by a greater likelihood for mutual interest, but a lot of it is pure psychology.

Within the EU, this is also evidenced by a lack of solidarity across the region when it comes to extending financial support. The tendency to turn inward makes the EU highly vulnerable in the face of present, and future, uncertainty. Needless to say, it is no coincidence that conservative ideals highlighting cultural similarities tend to be found on many political agendas.

Europe needs to create a sense of belonging

A third, deeply human trait is to desire coherent and simple solutions, especially when faced with uncertainty and ambiguity. A simple solution, or even better, identifying the bad guy, is hugely appealing. And having found a bad guy, we tend to interpret and filter information in a way that confirms this belief while giving disproportionately less consideration to any alternative possibilities. We hold numerous cognitive mechanisms designed to bias our information intake. So, having decided what, or who, is causing our misery – we stick to it.

Politicians are obviously aware of our emotional pressure points as evidenced by campaign slogans everywhere – but we should all be aware of our predispositions. Not much can be done here on a higher level, except perhaps increase educational efforts in critical thinking skills – but ultimately we will always be susceptive to deeply emotional responses.

Given the recent rise of populist extremism in Europe, it’s important to start acknowledging that economic integration cannot be maintained without some level of social integration and sense of belonging (arbitrary sense of ‘we’). The EU is still perceived as being entirely decoupled from the social and political institutions that make up the foundation of local societies. It is unfamiliar and distant, which makes it an institution without much social authority – and therefore innately vulnerable.

Dr. Salla Pöyry, a Finnish alumni of our Young Professionals seminars, studied economics and worked as a financial analyst before returning to university to complete her PhD. 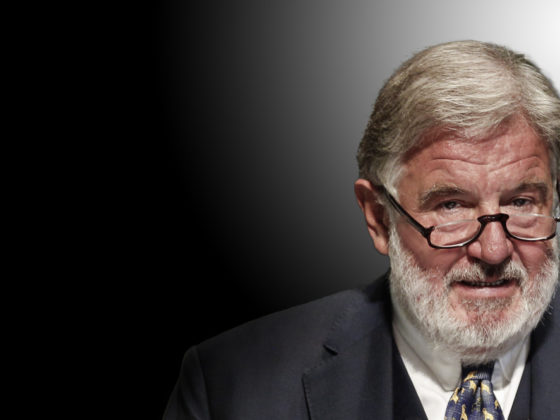 Jürgen Grossmann: Stay With Us!