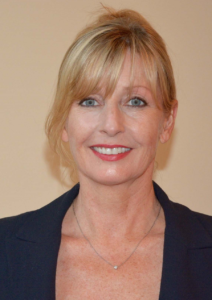 On 1 October, 2017, Sabine Sasse starts to serve as managing director of United Europe.
She is a freelance journalist who has worked for Süddeutsche Zeitung, Süddeutsche Magazin, Stern, Die Woche, Blickpunkt:Film, amongst others. Following seven years as head of PR in Schlosspark-Theater Berlin, she has worked in different projects for Kulturprojekte Berlin as well as for Medienboard Berlin-Brandenburg next to authoring and editing various media publications. Since 2007, Sabine is the project manager of the international media conference M100 Sanssouci Colloquium in Potsdam, Germany, which includes a forum for aspiring young journalists from all over Europe. Sabine holds a master degree in German and Journalism from FU Berlin and writes regularly for Der Tagesspiegel and Frankfurter Allgemeine Zeitung.

„Improving Europe in terms of employment, climate and social cohesion will only be possible, if we make joint constructive efforts. The Member States could do more to improve its competitive position for example in the field of artificial intelligence. I firmly believe we can seize opportunities in a united Europe.“