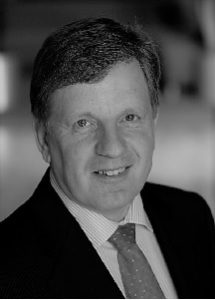 Esko Aho is the Executive Chairman of the Board at East Office of Finnish Industries, a non-profit company of 25 leading Finnish corporations. East Office works to support the activities of its member corporations in the Russian market and promote Finnish industrial companies as partners for Russian firms seeking to increase their own domestic and global reach. Mr. Aho also chairs the board of Finnish-Russian Chamber of Commerce (FRCC) and the joint board of directors of Business Team for Russia, a partnership between the FRCC, East Office, Finland Chamber of Commerce and the Confederation of Finnish Industries EK. In addition, he is Consultative Partner at Nokia. Mr. Aho’s other domestic and international activities are coordinated through his private consulting company Verbatum Oy.

Mr. Aho enjoyed a distinguished career in Finnish politics, including the post of Prime Minister from 1991 to 1995. He was a Member of the Finnish Parliament for 20 years, from 1983 to 2003. He chaired the Centre Party from 1990 to 2002, and was elected Prime Minister in 1991 at the age of 36, making him the youngest PM in Finland’s history. Under his leadership, Finland joined the European Union. Mr. Aho was awarded the Grand Cross of the White Rose of Finland in 1992.

In 2000, Mr. Aho spent one year as a Resident Fellow at the Institute of Politics at Harvard University. He then served as President of the Finnish Innovation Fund SITRA from 2004 to 2008. From 2009 to 2012, Mr. Aho worked as the Executive Vice President of Corporate Relations and Responsibility at Nokia Corporation. In 2012, he was appointed as Senior Fellow at the Mossavar-Rahmani Center for Business and Government (M-RCBG) at the John F. Kennedy School of Government at Harvard University.

Currently Mr. Aho serves as elected member of the Executive Board at the International Chamber of Commerce. He is also an invited member of Club de Madrid, an independent organization of former heads of state and government dedicated to strengthening democracy. Since founded in 2010, Mr. Aho has been a board member at Skolkovo Foundation, a non-profit organization charged with creating a new science and technology development centre in the Moscow suburb of Skolkovo. In May 2016, Mr. Aho was elected to the Supervisory Board of Sberbank and in October 2017, Mr. Aho appointed as Chairman of the Board of Cinia Group Oy.

Throughout his career, Mr. Aho has been active in the world of academia. He is a visiting lecturer at Beijing University and a member of the Industrial Advisory Board at the Russian Presidential Academy of National Economy and Public Administration (RANEPA). In March 2015, he was named as Executive in Residence at Aalto University, where he works at the Department of Management Studies at the School of Business. Mr. Aho holds honorary doctorate degrees from the University of Vaasa, Finland, and the University of Alberta, Canada.
Esko Aho was born in 1954. He holds a Master of Social Sciences of the University of Helsinki.

We continue the 🇪🇺United Europe Advocacy Program 🇪🇺 series with the final article: “Why the answer to global chal… https://t.co/qIsXWS1z12
about 1 hour ago
Follow