“When compared to the United States and China, Europe often seems to fall short in terms of digitalization”, writes Dr. Markus Braun, CEO of Wirecard, in his essay to our series of articles “Europe can do better. How our continent finds new strength. A wake-up call from economy” which was initiated by Handelsblatt and United Europe: “However, one should not measure success in digitalization as a race of geographies, but instead by the level of collaboration that digitalization enables. Europe has always been a bridge between East and West and will continue to be one. Europe needs both innovative startups and big players, such as transformative companies that move out of their comfort zone and try new things with courage.”

Europe at the forefront of innovation
When talking about digitalization and disruptive digital companies, places like Silicon Valley and Beijing come to mind, along with Internet giants such as Google, Amazon, Tencent, or Alibaba. This has many industry leaders wondering what this means for Europe. Pessimists may say that Europe has missed out on opportunities to join the digitalization wave, and optimists may say that it is too early to start naming winners and losers. Being the leader of one of the fastest growing companies in financial commerce and a driving player in digital financial technology, I can confidently say that I am an optimist.

Innovation is not a new word for Europe. Historically, Europe has been the birthplace of innovative ideas and forces. The Industrial Revolution began in the UK in the late 18th century, which brought about the transition from manual labor to specialized factories and mass production. Industrialization quickly spread to other European countries, including Belgium, France and Germany, and then to the United States. The modern gasoline car was invented in Germany in the late 19th century. The effects of this innovation can still be witnessed today. Germany continues to be a leading automotive manufacturer, and the quality of German manufacturing is nearly unparalleled in the world. Products made in Germany are perceived to have the highest quality, reliability and security standards.

However, innovative thought in Europe does not necessarily have to be manufacturing or production-based. The European Union is an example of a political innovation at its best. The first of its kind, this political and economic union has united a continent that was previously devastated and divided by two world wars. Today, the EU keeps innovating. For example, the European Commission promotes innovation though its Horizon Europe research and innovation program, with nearly 100 billion euros available for funding. The aim of the program is to secure Europe’s global competitiveness in a variety of areas. In December 2018, the European Commission announced the allocation of 173.4 million euro for 283 innovative projects in the areas of blockchain, ICT, health and engineering, with the aim of bringing their innovations faster onto the market. Funding programs aside, there are sectors that have been more successful in Europe than anywhere else. A prime example is digital banks. Germany’s N26, and the UK’s Revolut or Monzoare only a few examples of digital or so-called “challenger” banks that have been wildly successful in recent years. These disruptors capitalize on the need for modern, digital-based financial services, which traditional banks are often too slow to address.

Europe today – lagging or leading?
Recently, there has been a lot of discussion about Europe’s role in the digital revolution taking place around the globe. Often being compared to the United States and China, Europe seems to fall short. However, one should not view digitalization as regions competing against one another, but instead as regions working together. Europe has been a successful bridge between east and west, and will continue to be one. In addition, different regions have different paces of adapting new technology.

As a mobile-first country, China has seen mobile payment take off at an exponential rate, in part thanks to the integration of payment solutions within social messaging services, such as WeChat. Smartphones are the primary devices for consumers to access the internet in China. In 2017, the country was already the world’s largest digital payment market, due to its high online shopping volume. A combination of digital commerce transactions and mobile POS payments, the Chinese digital payment transaction value amounted to $819.9 billion in 2017, followed by the US with $801.7 billion and Europe with $613.9 billion. China’s massive internet user-base, combined with the high penetration of mobile devices and the rising average disposable income have formed the foundation for large scale digital companies offering convenient and mobile-first services to take off. Chinese e-commerce marketplaces such as Alibaba, JD.com and DHgate are prime examples of how Internet giants have adopted platform-based business models, and are now driving digitalization in what is today one of the most digital economies. Clearly, Chinese consumers pay digitally more frequently than Europeans, but this should not discourage companies from establishing new business models for digital payment that are suitable for the European market.

In Europe, the use of mobile and digital payment has developed differently than it has in China, where both Alipay and WeChat Pay cover almost the entire Chinese mobile payment market. In Europe, we have not reached the point that we are paying for our coffee with a mobile messaging app. Models that work in one country will not necessarily work globally. In Europe, we are still discussing legal impacts of digitalization, whereas the US and Asia have a more trial and error attitude.

The history of technological innovation is still in its early stages, and for this reason Europe has not missed out on digitization nor has it “lost.” Europe is becoming a strong tech player, and I believe that it is only a matter of time before mobile payments become mainstream in European life, from buying a coffee, to splitting a restaurant bill with friends, to larger purchases. However, we might do it the “European way” – not necessarily being the fastest, but the most solid ones.

We are not European, but global players
Any company, big or small, can choose to innovate and digitalize. In Europe, we need both innovative startups and big, transformative companies that go out of their comfort zone and try new things. The presence of these two factors stimulate a lively economy. Europe has no shortage of startups, in fact, the European startup scene is vibrant. The number of technology IPOs with a market capitalization below $1 billion increased by 120% during the past five years. In 2018, Europe delivered more large-tech IPOs than the US, and Spotify had a hugely successful direct listing valued at $25 billion. In fact, since 2014 Europe has regularly had more tech IPOs per year than the US. This is only one example of why we must be more optimistic about digitalization in Europe.

At Wirecard, we define ourselves as a global company – not a strictly “European” or “German” one. How a company defines itself is important because innovation begins with a company’s culture and mindset. Wirecard, for example, is active on all five continents, via a single platform. In 2019, Wirecard will fully roll out services in the US, South America, and Asia. While we may be a company that was founded in Europe, the scope of our business does not have barriers. When it comes to technological innovation, the company mindset is also essential. European companies have to understand that technology is the core element of all business models. Today’s business models are not about building a product and using technology in parallel – in fact they are the opposite: business models should be created with the certainty that the future will be digital.

About Dr Markus Braun:
Dr. Markus Braun serves as CEO of Wirecard. Headquartered in Aschheim near Munich, Wirecard is one of the world’s fastest growing digital platforms in the area of financial commerce. Before Markus joined the management board in 2002, he served as eStrategy Project Manager at KPMG in Munich. Born and raised in Vienna, Markus studied commercial computer science at the Technical University of Vienna, and later obtained a Ph.D. in social and economic sciences from the University of Vienna in 2000. With more than 15 years of experience in the digital payment industry, Markus is a regular speaker at national and international tech events, including Money 20/20, DLD Conference, Paris Fintech Forum, and Darwin’s Circle. Under Markus’ leadership, Wirecard became a globally successful digital payment solution provider and in 2018 ascended into the DAX stock market index. As CEO, Markus is responsible for defining Wirecard’s vision and propagating the enormous chances that digitalization offers to customers of Wirecard. As a global leader in digital financial technology innovation, Wirecard provides merchants with the latest omnichannel solutions to digitize their business. 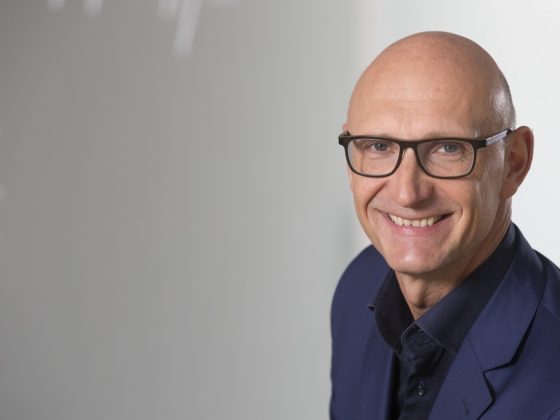 Timotheus Höttges: A Cloud for Europe 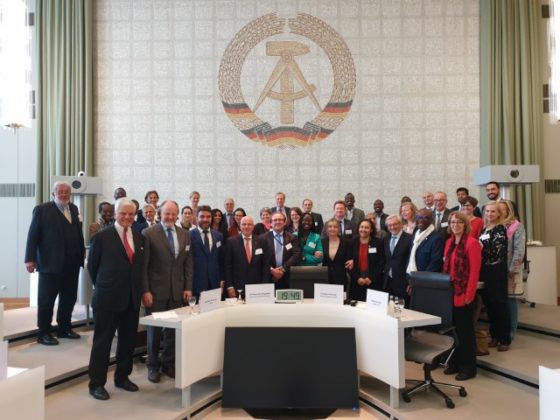 Elmar Brok: Nip it in the bud!

Feike Sijbesma: The EU as a strong, diverse entity

Eelco Hoekstra: Cooperation across borders is the best option

Jean-François van Boxmeer: If we want to assert our role in the world, we must invest in Europe now.